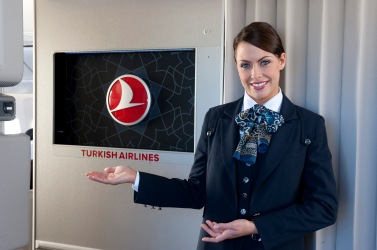 Turkish Airlines started its journey into the UAE more than 38 years ago with the first flights operating to/from Abu Dhabi since 1981. The Airline recently announced another milestone in its international expansion relating to the UAE with the launch of direct flights between Sharjah and its Istanbul hub.

Also attractive is the flight costs to the Americas for prices starting from 2,600 AED if the booking is made before 31st of March, for trips until 3rd of July. All passengers booking a flight from Sharjah International Airport in February, with the departure in April, will earn 1,000 miles for each ticket.

The new route bolsters Turkish Airlines status as the airline that flies to the most destinations in the world, strengthening its identity as a leading global airline with one of the youngest and most modern fleets in the world. The flight carrier now serves a total of 306 destinations across 124 countries, including recently announced routes to Lusaka, and Banjul.

For many tourists however, Istanbul itself will be the main destination as it is a historic city with a heritage reflected in beautiful palaces to mosques and museums and numerous sites to visit.

My regular spots include the Archaeology Museum, locally known as the Arkeoloji Müzesi, which has a rich collection of ancient artifacts and relics, the Turkey Modern Museum of contemporary art, the Military Museum and the Museum of Turkish and Islamic Arts that is located inside the Ibrahim Pasha Palace in the historic Sultanahmet district.

Turksih airlines is a member of The Star Alliance network which is the first truly global airline alliance to offer worldwide reach, recognition and seamless service to the international traveller. It has been recognized by numerous awards, including the Air Transport World Market Leadership Award and Best Airline Alliance by Business Traveller Magazine as well as Skytrax.